Mischler Financial, our nation’s oldest Service Disabled Veteran owned and operated broker dealer was honored to have been selected as an active Co-Manager on today’s GE Company return to the IG dollar DCM following a long hiatus. It seems like yesterday that I was able to bring together over three dozen accounts in person as well as participating via conference call in Manhattan for a GE non-deal roadshow.  If they’re going to include diversity broker dealers GE always felt that they want the initiative to be a value-added one.  We here at Mischler finished as GE’s number one minority broker dealer including in joint lead roles over the years. The criteria GE uses is three-fold – first, total number of orders and amounts; second, the “quality” of those orders as discerned on private conversations with their lead left bookrunners and thirdly, on final allocations.  As a result of their serious pro-active, value-added proposition, GE helped Mischler stay on top of its game via quality distribution and we remained there over the years. It’s a privilege and an honor to be a part of GE’s meaningful mandate, the DCM’s oldest and longest.  Thank you to Team GE for selecting Mischler today from among its myriad D&I choices.  We hope we once again lived up to our reputation to serve you by introducing new high quality tier II middle markets accounts to your investor profile.

GE Company was expected to deleverage in 2020 to bring its debt-to-EBITDA to below 2.5x. However, today’s return to the USD IG DCM marked an end to delevering in favor of shoring up its cash on hand at a time of economic uncertainty according to a source at Refinitiv. Cash on hand in favor of paying off debt seems the appeal. Fitch downgraded the credit yesterday to “BBB” while both Moody’s and S&P placed GE Company on negative watch. It was the ratings moves that saw GE’s 4-tranche deal today start at such wide IPTs that tightened an average of 83.75 bps to the launch.

Today’s cumulative final book size was $36.2b or 6.03-times oversubscribed.

Here’s a look at how the book splits:

……and here’s a check of spread compression from IPTs thru the launch and final pricing, NICs and where the paper is currently trading. A joint lead associated with today’s GE transaction pegged NIC in a 15-20 bp context, call it ~15 bps. All four tranches performed strongly as you’ll note below.

…….Now let’s take a look at some of great things GE Company is doing to fulfill its diversity initiatives as they pertain to Veterans

Building on a strong commitment to military veteran recruitment and development, the GE Veterans Network (VN) was established in 2009 to create a GE community to support, develop, and promote the unique characteristics of military veterans throughout GE’s businesses and local communities.

The Veterans Network (VN) was launched at GE in 2009. GE’s vision is to make GE the employer of choice for veterans, reservists, and guardsmen while creating a GE community of veterans and veteran leaders to support and encourage the career development and growth of all members. GE looks to serve the veteran community nationwide through national and local community service events organized by its 70 units throughout the U.S. GE currently employs about 10,000 U.S. veterans, which means about one in every 13 U.S. employees at GE is a veteran.

Support for the Guard and Reserve
In 2012, GE renewed its statement of support with the Employers Support for the Guard and Reserve to ensure GE’s reservists and their families has the Company’s utmost support. Additionally, in 2009, GE signed a memorandum of agreement with the U.S. Army Reserve to guarantee priority consideration for job interviews for all qualified participating soldiers no later than 30 days after completing military occupational specialty training. GE benefits include a salary differential that ensures GE employees called to active duty maintain the same salary level as when they were working at GE for 36 months of deployment. Healthcare benefits for dependents allow continued healthcare coverage for families of GE employees who are deployed.

Junior Officer Leadership Program (JOLP)
GE offers an experienced leadership program, JOLP, which is designed specifically for commissioned military officers. The program is a unique opportunity to work in three rotations (eight months each) with a GE business. Participants study a broad range of courses including Finance for Non-Financial Managers, Six Sigma Quality, and business-specific electives. Participants in JOLP also benefit from increased visibility to senior-level technical and business leaders, and the opportunity to further their personal development through mentoring and coaching.

Mischler Financial sends its five-star salute to GE Company and the Treasury/Funding Department – our longest running partner in the Debt Capital Markets!  Thank you for all you do for our nation’s veterans. Another salute goes out to our distribution network for being there for us yet again today.  We appreciate your patronage and loyalty……you know who you are! 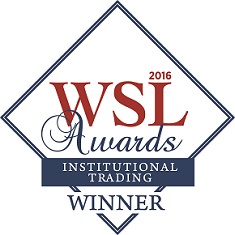